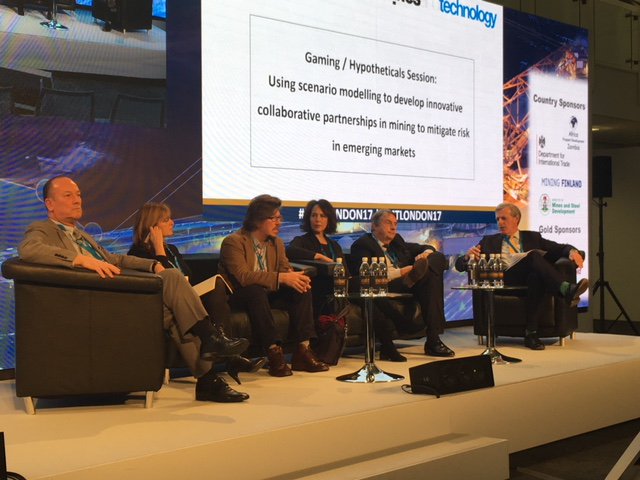 Over 37 years experience as an international leader and commander rising to highest rank in British Army and NATO. Extensive experience of building unity of effort with different nations, governments, the humanitarian community and wide variety of other stakeholders in order to resolve complex problems. First hand understanding of the challenges of decision making under extreme political and media pressure, and proven record of leading dynamic change management makes him well placed to support corporate leaders in the development and operationalising of strategy to manage complex risks.

Deputy Chairman and Senior Independent Non-Executive Director at Centamin since 2011. In addition to his role as senior independent director, Edward Haslam undertakes certain additional governance functions.
Edward has been non executive Director (and Chairman from June 2007 to April 2012) of the LSE listed Talvivaara plc and since 1 May 2004 has been a non executive director of Aquarius Platinum Ltd. In 1981, Edward joined Lonmin, he was appointed a director in 1999 and Chief Executive Officer in November 2000 before retiring in April 2004. Edward is a Fellow of the Institute of Directors (UK).

Cly is an international strategic communications professional with more than 20 years experience in the corporate and civil sectors and a focus on business sustainability and multi-sector partnerships. She spent ten years as a Public Affairs and Communications executive at The Coca-Cola Company, providing guidance and support on all aspects of business communications for markets throughout Europe, the Middle East, India and the Pacific. Cly also has a special interest in intercultural dialogue and authored a UN publication on Doing Business in a Multicultural World

Catherine is Counterpoint’s Founder and Executive Director.  She advises business and political leaders around the world. A political scientist Catherine knows that rigorous social and cultural analysis can help leaders make better decisions, in both the public and private sectors.