Locations: Global (based in Germany). 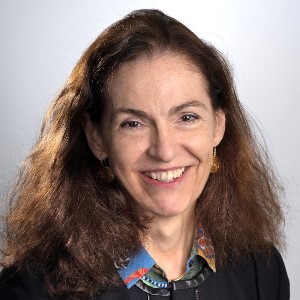 She built her career on strong risk assessment, corporate finance, structured and project finance skills acquired at the Royal Bank of Canada, Société Générale and Citi, based in Toronto, Paris, London and Moscow.

She then moved on to work with industrial firms and investors, either in management or closely associated with management and boards as an advisor. The turning point was, while in Moscow, the opportunity to work with the multi-billion Russian private investment company, Interros, and its portfolio business, Norilsk Nickel, the world’s largest producer of palladium and one of the world’s largest producers of nickel, palladium and copper, and to play a key role in its turnaround in the late ‘90s.  Follow on mandates, executed within the framework of her own advisory business, included providing strategic, business development and finance advice to mainly natural resources companies of all sizes, as well as to primarily family-owned investment firms interested in or active in this sector.

From 2014 until 2020 she was a Non-Executive Director at Polymetal International Plc, the FTSE100 gold mining company, serving consecutive non-executive board roles including as Senior Independent Director and as Chair of the Remuneration Committee. Since 2017 she has been an Independent Non-Executive Director at SBF120 Eramet SA, metals and metallurgy group operating in more than 20 countries, where she serves on the Strategy and ESG Committee as well as on the Risk, Audit and Ethics Committee.

Christine is considered one of the most senior women in metals and mining in Europe and was named one of the Top 100 Inspirational Women in Mining 2018.  She is currently based in Germany and travels frequently to Paris and London. Her career has led her to work in many different countries and to enjoy working in diverse, multi-cultural and cross-functional teams.