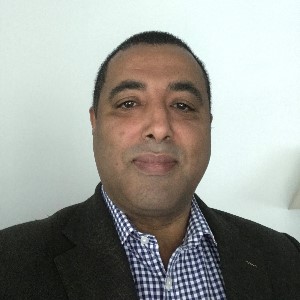 Justin was born and raised in West Africa and is of mixed African / British Heritage.  Educated in Africa, India and the UK, he went on to spend 20 years in the British Army as an officer in the Household Cavalry, serving operationally in Cyprus, Bosnia, Northern Ireland, Iraq and Afghanistan.  On joining the corporate world, Justin joined a FTSE 100 Oil Exploration and Production company, with its primary business unit being situated in West Africa, as its Asset Protection Manager and rising within a year to be the Government Relations and External Affairs Director for the business unit.  In this role, he was instrumental in identifying and bringing together a diverse stakeholder group, including very senior members of HMG and the host government to successfully support a $5Bn investment into a major oil and gas development.  Justin left the corporate world to start his own oil exploration company.  The company successfully applied for 2 offshore concessions and ‘farmed in’ a FTSE 250 company which raised over $25m in investment.  Justin’s primary focus is on ensuring the Operator of the licences delivers the obligatory work programme for the licences.

Justin’s formative experiences within Africa, India, UK, military, corporate and private business worlds give him a strong blend of diverse cultural experiences and comfort in operating in complex environments, both physically and commercially.  Justin has lectured to the UK MoD and other African government security agencies on maritime crime in the Gulf of Guinea.  He has most recently been a key source of support to the Foreign Secretary’s Trade Delegation to West Africa, supporting understanding of how to successfully make investments in West Africa.