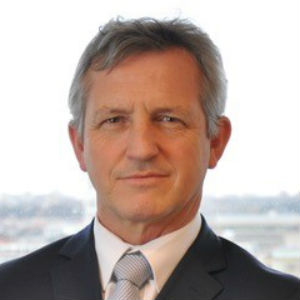 Mark Singleton is Owner/CEO of Nexus Strategy, a consultancy company focusing on the nexus between politics, security and development. Activities include comprehensive risk assessments for the private sector, mentoring governments in the MENA and Horn of Africa regions on their counter-terrorism and countering violent extremism (CVE) strategies; advising multilateral agencies, governments and municipalities; developing guidelines for CVE performance assessment and evaluation; and performance assessments of UN agencies.

Before, Mark was Director of the International Centre for Counter Terrorism – The Hague (ICCT). A career diplomat with 30 years of experience in foreign affairs, development cooperation and security, Mark has worked in The Middle East, Afghanistan, East and West Africa, Georgia and Europe in a variety of multilateral, bilateral and non-governmental organizations, in both advisory and senior management posts. Before joining ICCT, Mark was Acting Head of Mission of the Office of the Quartet Representative, Rt. Hon. Tony Blair, in Jerusalem, leading an international team of 60 advisors and support staff, working closely with the Israeli and Palestinian parties, the US government, the private sector and other international community members to strengthen the Palestinian economy, as part of a comprehensive peace agreement. From 2009-2010, Mark was Senior Political Advisor to the ISAF Commander at Regional Command South in Kandahar, Afghanistan. Other posts include, inter alia, Special Assistant to the UN Special Coordinator for the Middle East Peace Process in Jerusalem, Head of the Middle East Peace Process unit in The Hague, special adviser to The UK government’s Stabilisation Unit, Deputy Head of Mission in Ramallah and Tbilisi, Deputy Head Development Cooperation in Nairobi, and SNV Country Director in Mali. Mark is a dual national (UK, The Netherlands). In 2008, he was admitted to the UN’s roster for Resident Coordinators. He is 57, married and has four children.