Locations: Albania (based in Albania). 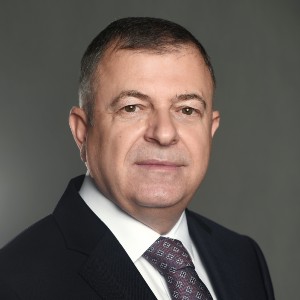 Xhemal, is a former Major General in the Albanian Armed Forces who has been MP of the Assembly of the Republic of Albania since 2017 and is presently involved with the Democratic Party of Albania.

Throughout his career, Xhemal had the privilege and pleasure of commanding troops in platoon, company and battalion levels. After being assigned as the battalion commander in Peshkopia, he attended the War College of Land Forces in Turkey, from where he successfully graduated in 1998.
From 1998 until 2013, he covered many different positions including duties in the Albanian General Staff and Ministry of Defence, Military attaché in Turkey, commander of Commando Regiment, one of the elite units of Albanian Armed Forces, commander of Support Command and later commander of Logistic Brigade and then his final assignment was as Chief of General Staff of Albanian Armed Forces.
During his career Xhemal has been awarded several accolades: the title “Ambassador for Peace” by the Universal Peace Federation, Military Merit Medal and Orders and the International Peace Prize ‘Bonifacio VIII’ by the Academy Bonificiana, Italy.