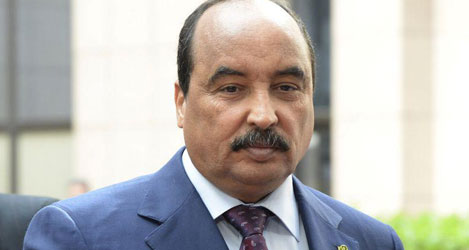 Mauritania sits at the crossroads of ancient trade routes. Until 30 years ago its people were largely nomads. The country is a rich mix of Arabic, African, Berber and French cultural heritage, where modernity and ancient tradition sit side by side, sometimes uneasily. Foreign investors need to be aware of and become adept at navigating these dynamics — and, where possible, help shape them for the better.

Mauritania’s President Mohamed Ould Abdel Aziz dominates an authoritarian political scene. There were recent press reports alleging that a bored Mr Aziz ordered players in a football tournament to move to penalties after 63 minutes of a game. Though the story was denied by Mauritania’s football governing body, it still serves as a neat metaphor for his leadership style. This strongman approach, and the absence of any real political challengers, provides a certain predictability and stability for investors. But several social problems lie under the surface.

Despite progress, Mauritania’s rigid social stratification dictates that most positions of influence are still held by the Beydane minority — Mauritanians of Arab or Berber descent. Senior political and economic appointments tend to be made on the basis of tribal affiliation, and reflect the prevailing balance of power between dominant Beydane tribes.

The legacy of slavery creates reputational — and, in the UK under the Modern Slavery Act, potentially legal — challenges for the foreign investor Unemployment rates are high in Mauritania, particularly among the Haratine — the former slave class — and black Mauritanians. As a result, job opportunities with foreign companies will quickly become a point of interest among the political elite and the unemployed masses, particularly in light of growing political activism among traditionally disenfranchised parts of Mauritanian society.

The legacy of slavery creates reputational — and, in the UK under the Modern Slavery Act, potentially legal — challenges for the foreign investor. While some of the more sensationalist campaigns run by international charities state hundreds of thousands of slaves remain in Mauritania, the reality is more nuanced. Formal slavery is rare — but economic dependency by Haratine families on their former masters, unfair labour practices and structural economic inequality persist. A strong code of conduct and training for in-country staff and suppliers on human rights and labour issues are a must.

Security and the link to Islamic fundamentalism is another obvious concern for foreign companies. Yet here too, a more nuanced understanding of the dynamics at play would be beneficial. Al-Qaeda in the Islamic Maghreb’s (AQIM) last significant spate of activity was in 2011. Since then, Mauritania, with the help of the US, has cracked down on AQIM groups.

While Mauritania is an Islamic and ostensibly culturally conservative state, many Mauritanians have traditionally followed more liberal strands of Sufi Islam. The consumption of alcohol is officially banned — but even here Mauritanians sometimes bend the rules.

Perceptions of ineffective or self-serving state structures have contributed significantly to the rise of Islamic fundamentalism. Companies are encouraged to think about how they can effectively use their social investment programmes — alongside their core business — to contribute to improving socio-economic conditions. Partnerships with some of Mauritania’s local charities or with international development agencies will ensure corporate social responsibility programme funds achieve real impact.

Saskia Marsh is a former adviser to an international investor in Mauritania. She is an associate at Strategia Worldwide, which advises companies on navigating risks in complex environments