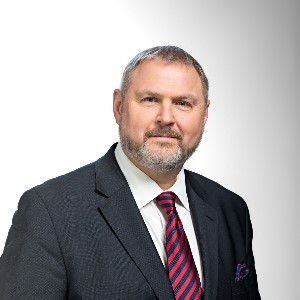 Riho was Commander of the Estonian Defence Forces for seven years. Before that he worked for three years as permanent undersecretary in the Ministry of Defence. He has been in service of the newly re-established Estonian army from the very beginning in 1992. He has served as an infantry officer, military diplomat in Germany and Poland and also as deputy chief of staff of the NATO training mission in Iraq in 2007. After his history studies at the University of Tartu and acquiring officers’ basic education, he graduated from the Bundeswehr University in Munich. In addition, he took the full military course at the Baltic Defence College and the Royal Collage of Defence Studies in London. He has also participated in international training courses at the Geneva Centre for Security Policy and at the Defence University of China.
Riho has extensive knowledge and experience in governmental level strategic planning and budgeting. He has executed a fundamental change of the defence structures from platform-based to capability-based planning. He knows how to lead people and big organisations under extreme pressure and extensive media attention. He has vast experience in strategic level cyber defence administration. The COEOCCD and Cyber Command in Estonia were created under his command. He also has very good regional expertise about the former Soviet Union and Eastern and Central Europe.

After retiring in 2018 he is advancing a modern technology company – a forerunner of unmanned ground systems and autonomous warfare and became an advocate for robotics and implementation of new technologies.