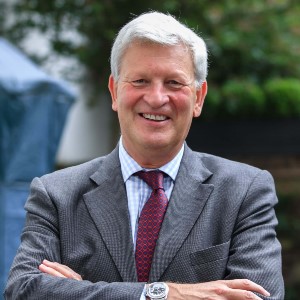 Sir Simon Mayall served for 40 years in the British Army marked by a focus on the Middle East. His experience is long-standing and deep and he maintains an extensive network there. In addition to speaking colloquial Arabic he has written a book on Turkish security policy while at St Anthony’s College, Oxford and published a MA thesis on ‘Jihad philosophy and the Civil War within Islam’ at King’s College.

As the first Defence Senior Adviser for the Middle East he was responsible for re-energising the UK’s security relationships with partners in the Gulf, the Near East and North Africa. This period coincided with the complexities of the ‘Arab Spring’, the overthrow of Gaddafi in Libya, the Syrian ‘civil war’ and the rise of ‘Islamic State’. In 2014, after the fall of Mosul to ISIS, he became the Prime Minister’s Security Envoy to Iraq and the Kurdish Regional Government. He was responsible for establishing the Royal Navy base in Bahrain, Britain’s first permanent military base ‘East of Suez’ since 1971.

Simon is now a Senior Adviser for Greenhill & Co International and Coutts Bank, and is a regular contributor on Middle East issues on television, in the press and at international fora. His book, ‘Soldier in the Sand’, a personal history of the modern Middle East, will be published later this year.