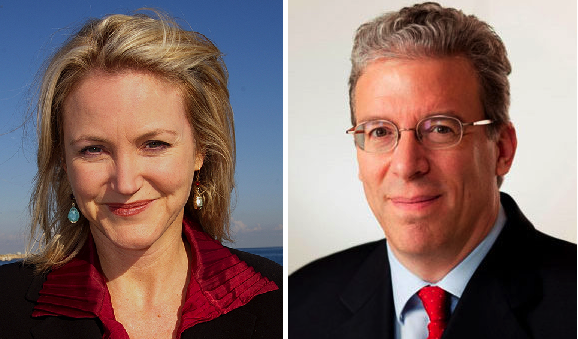 “I am delighted to announce the appointment of two new members to our Senior Advisory Panel; The Honourable Melissa Parke and Tom Albanese. Tom and Melissa have joined Strategia to provide expert guidance on mining, international development and human rights amidst a growing acknowledgment of the importance of managing Environmental, Social and Governance (ESG) risks, both in mining and further afield.”

Melissa served as an elected Member of the Australian Parliament for nine years and as Minister for International Development. She has worked with the United Nations in Kosovo, Gaza, New York, Lebanon and Yemen. She has two decades of experience in international law, international relations, human rights, governance and democratic development. She holds a Master’s degree in Public International Law and Bachelor degrees in Business and Law.

Tom has a keen interest in supporting policy reforms to emerging issues and challenges faced by the Mining sector. In recognition of his distinguished leadership and service to the mining industry, Tom was conferred with the ‘Mining Foundation of the Southwest’ 2009 American Mining Hall of Fame Award. Tom’s mining expertise includeformer Chief Executive Officer of Vedanta Limited, until his retirement in end of August 2017. He has also served on the Boards of Konkola Copper Mines, Ivanhoe Mines, Palabora Mining Company and Turquoise Hill Resources Limited. Tom is on the boards of Franco Nevada, the leading precious metals royalty company, and Nevada Copper, where he is the Lead Independent Director. Tom also brings a wealth of mining experience from Rio Tinto, where he was appointed a member of the Rio Tinto Board in March 2006 and the Chief Executive for the period beginning May 2007 to January 2013.

“We are very fortunate to have attracted such internationally-respected industry leaders and look forward to working with them to ensure Strategia continues to offer strategic, integrated and comprehensive risk management solutions in an increasingly complex and competitive global economy.”

Strategia Worldwide fuses commercial expertise with military best practice to understand, test and manage interconnected risks through rigorous methodologies, that utilize risk assessment, strategy planning and execution, war-gaming and crisis management. Chosen for their regional, sector and technical expertise, Strategia’s global network of expert associates are hands-on, on-site, helping clients identifying and manage risk; including geopolitical, cyber and environmental, social and governance (ESG) risk, which Boards often fail to spot.  This combination of diverse experience, underpinned by rigorous military methodology, enables Strategia to work with clients in the most complex and volatile environments, in order to protect the value of our clients’ investments.

Melissa is presently a member of the UN Group of Eminent Experts on Yemen. From 2007-2016 Melissa served as an elected Member of the Australian Parliament and as Minister for International Development. Before entering politics, Melissa worked as a senior lawyer in the United Nations for eight years. Melissa began her employment with the UN peacekeeping mission in Kosovo within the Office of Legal Affairs in 1999, and this was followed by two and a half years working in Gaza for the international legal division of UNRWA, the UN agency that works to assist Palestinian refugees. In June 2004, Melissa undertook a position in the UN headquarters in New York in the Office of the Under-Secretary-General for Management. In this role, she was responsible for oversight of the internal system of administration of justice, as well for establishing the UN Ethics Office, including instituting programs for whistle-blower protection, financial disclosure, ethics training and advice and standards of conduct. In mid 2006, Melissa took up a legal position in the UN International Independent Investigation Commission (UNIIIC) in Beirut, investigating the assassination of the former Lebanese Prime Minister, Rafik Hariri. At this time, Melissa also became the Deputy Chief of Staff of UNIIIC. Upon completion of her role in Lebanon in February 2007, Melissa resumed her work in New York before returning to Australia in June 2007. Prior to joining the UN, Melissa was a lecturer in the law school at Murdoch University (WA). She holds a Masters degree in Public International Law and Bachelor degrees in Business and Law.

Tom Albanese is the former Chief Executive Officer of Vedanta Resources plc, a leading global diversified resources company, he was also the Chief Executive Officer of Vedanta Limited, until his retirement in end of August 2017. Tom has previously served on the Boards of Konkola Copper Mines, Ivanhoe Mines, Palabora Mining Company and Turquoise Hill Resources Limited. Early in 2018, Tom was appointed to the Advisory Board of Nevada Copper where he currently serves as the Lead Independent Director. In addition, he is involved in two private consortiums – Deep Sea Mining and European Mine Privatization. Tom has a wealth of mining experience from Rio Tinto, the second largest global diversified mining company, where he was appointed a member of the Rio Tinto Board in March 2006 and the Chief Executive for the period beginning May 2007 to January 2013. In August 2013, Tom was appointed on the Board of Directors of Franco Nevada Corporation, a Toronto-based gold-focused royalty and metal streaming company with assets around the world. Tom holds a Bachelor’s degree in Mineral Economics and a Master’s in Mining Engineering from the University of Alaska.

Sir Richard Shirreff was born in Kenya where he spent his early years. After graduating from Oxford, he served in the British Army for 37 years commanding soldiers on operations or in combat at every level from platoon to division and rising to the highest rank before retiring from the Army as NATO’s Deputy Supreme Commander Europe. He has extensive experience of building unity of effort with different nations, governments, the humanitarian and developmental community together with a wide variety of other stakeholders in order to resolve complex problems. First-hand understanding of the challenges of decision making under extreme political and media pressure, and a proven record of leading dynamic change management make him well placed to support corporate leaders in the design and execution of strategy to manage complex risks. Richard is co-Founder and Managing Partner of Strategia Worldwide. In 2016 his novel ‘2017: War with Russia’ was published in the UK, USA and Poland. It became a best seller and has been translated into eight languages. He is an honorary Fellow of Exeter College, Oxford.